In this post, I am focusing on the colourful characters from Indian mythology found in Hindu texts such as the Vedic literature, epics like Mahabharata and Ramayana 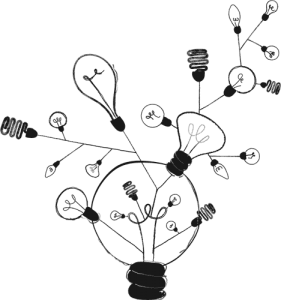 Ideas are the beginning points of all fortunes. – Napoleon Hill

Aesthetically, I am unreservedly pro-occult. I love horror movies, folkloric mythology, trickster gods, even the imagery of healing crystals. Over the years, I have collected some rare and hard to find illustrations on occult subjects like witchcraft, death and devils. They range from reproductions from Durer, Holbein, Cranach, Rembrandt and other unknown artists.

In this post, I am focusing on the colourful characters from Indian mythology found in Hindu texts such as the Vedic literature, epics like Mahabharata and Ramayana.

I am sharing them for educators and artists who need clear illustrations for classrooms and small PowerPoint presentations. They are not to be used for commercial or for-profit purposes.

Vishnu is one of the principal deities of Hinduism. The “preserver” in the Hindu triad (Trimurti). He protects the universe from being destroyed and keeps it going, according to this religion, and he has come to earth in nine forms (called avatars) so far, with one yet to come. His most famous forms are Rama and Krishna. Vishnu’s wife is Lakshmi, the Hindu goddess of fortune.

Lakshmi is the wife of Vishnu, the Goddess who leads to one’s goal (lakshya in Sanskrit), hence her name Lakshmi. Lakshmi bestows upon those who work hard and seek help sincerely. She is also known as the goddess of wealth and purity.

Ganesh is the elephant-headed Hindu god of beginnings, who is traditionally worshipped before any major enterprise and is the patron of intellectuals and overthinkers (like myself). Ganesha is popularly held to be the son of Shiva and Parvati.

Krishna is worshiped as the eighth avatar of the god Vishnu and also as the supreme God in his own right. He is the god of compassion, tenderness, love and is one of the most popular and widely revered among Indian divinities. He is a central character in the Mahabharata, the Bhagavata Purana and the Bhagavad Gita, and is mentioned in many Hindu philosophical, theological, and mythological texts.

Indra is an ancient deity in Hinduism. He is considered to be the king of the gods.

Durga is a popular form of the Hindu Goddess Parvati. She is a goddess of war, the warrior form of Parvati, whose mythology centres around combating evils and demonic forces that threaten peace & prosperity.

Matsya is an avatar or incarnation of the Hindu deity Vishnu.

Hanuman is a Hindu god and divine companion of the god Rama. Hanuman is one of the central characters of the Hindu epic Ramayana.

Kali is the goddess of death, time, and doomsday and is often associated with violence but is also considered a strong mother-figure and symbolic of motherly-love.

Shiva is one of the principal deities of Hinduism. He is known as “The Destroyer” within the Trimurti, the Hindu trinity that includes Brahma and Vishnu.

Radha is a popular and revered goddess in Hinduism and is worshiped as the goddess of love, tenderness, compassion and devotion. She is the eternal consort of Lord Krishna.

Nandi is the sacred bull calf, gatekeeper, and vehicle of the Hindu god Shiva.

Hiranyaksha was an oppressive demon Asura who attacked the heavens and thereafter kidnapped and attempted to destroy the earth goddess in Hindu mythology.

Disclaimer: I do not claim ownership of these images. They are displayed for non-profit and are in accordance of the “fair use” principle for a limited and “transformative” purpose – educate, inform, comment upon, criticize, or parody a copyrighted work.

This site may contain copyrighted material for use of which has not always been specifically authorized by the copyright owner. Such material is made available to advance understanding of ecological, political, human rights, economic, democracy, scientific, moral, ethical, and social justice issues, etc. It is believed that this constitutes a ‘fair use’ of any such copyrighted material as provided for in section 107 of the US Copyright Law. In accordance with Title 17 U.S.C. Section 107, this material is distributed without profit to those who have expressed a prior general interest in receiving similar information for research and educational purposes.

For more information go to: http://www.law.cornell.edu/uscode/17/107.shtml  You must obtain permission from the copyright owner: Pepin Press, Dover Pictura for purposes of your own that go beyond ‘fair use’. 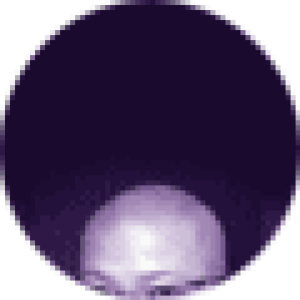 You may also enjoy these related posts:

In case you are wondering about the Adam and Eve painting in Netflix’s drama series “Dark”, it is Adam and Eve by German Renaissance master Lucas Cranach the Elder created in 1510s.

Ji9saw Design is a digital creative agency. We help you to  design and develop PowerPoint presentations, corporate print materials, websites and web applications.